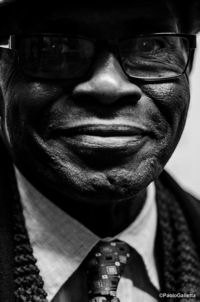 A master of the art of musical accompaniment as well as a solo musician of amazing inventiveness, George Cables played with some of the greatest musicians of all the times: from Joe Henderson to Freddie Hubbard, Woody Shaw and Max Roach, but also Roy Haynes, Art Blakey and Dizzy Gillespie. He collaborated with Sonny Rollins (who imposed him in the Californian scene, when he was in his early 30s) and Dexter Gordon (he spend a very important period of his career in his quartet at the end of the ‘70s). Mostly, though, he was Art Pepper’s favorite piano player in the important final stages of his career. Thus, he earned the nickname “Mr. Beautiful” and had the privilege to support him in the studio recording of “Goin’ back home”, the latest work signed by the Californian giant. He was a jazz musician of an uncommon humility and equally amazing technical skills, always focused on the search for a bond with those who had the honor to share the stage with him or simply, the pleasure to listen to him. 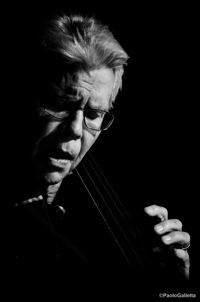 Born in New York and a virtuoso of French horn in his early career, Magnusson has then chosen to play bass with really excellent results. Hardly more than twenty years old, he joins Buddy Rich’s orchestra and supports Sarah Vaughan. Then, in a very short time he goes from Nelson Riddle’s big band to small ensembles lead by Kenny Barron, Tommy Flanagan, Hank Jones, Cedar Walton, Joe Pass, Art Farmer, Laurindo Almeida and Art Pepper, where he will develop a close relation of friendship and artistic partnership with George Cables and Carl Burnett. In his career Magnusson has also been the protagonist of inspired excursions into pop music with Natalie Cole, 10.000 Maniacs and even Madonna. Also active in didactics, Magnusson – who then settled in California – is in his live performances pragmatic as much as spectacular. An absolute certainty, whenever you have in mind a harmonic of pure and swinging jazz. 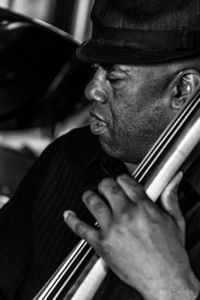 Considered one of the top bassists in jazz today, Essiet Essiet first received critical acclaim over a twenty  years ago in Bobby Watson’s group Horizon. Born in Nebraska to Nigerian parents, he began studying violin at age10 and switched to bass viol at 14. As a child, he traveled widely with his family and that early exposure to many cultures, folk- ways, languages, and religions fostered his world view of strength through diversity; “Some musicians are purists, says Essiet, but I like to mix styles “. Essiet was Art Blakey’s last bassist.  He also performed with Freddie Hubbard, Cedar Walton, Benny Golson,James Moody,Bobby Hutcherson., Jackie Mc Lean, Billy Higgins, Kenny Garrett, Mulgrew Miller, Kenny Barron, Ben Riley,Dee Dee Bridgewater, Danilo Perez, Victor Lewis, Jimmy Cobb and many other giants of jazz music. 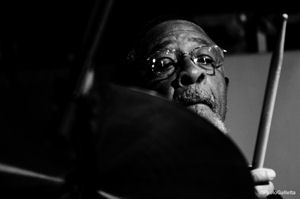 Burnett’s elegant swing supported during his career many live performances and recordings with a wide range of artists and genres. Carl actually accompanied great icons of jazz such as Sarah Vaughan and Freddie Hubbard, and he worked with some illustrious names of soul music such as Marvin Gaye. He represented an essential reference for Art Pepper (his impassioned passages in the collection Hollywood All Stars Sessions have to be listened to) but you can also find him in some significant albums by Horace Silver, Freddie Hubbard, Kenny Burell, The Three Sounds, all notorious Blue Note artists. A classic of the west coast scene, Burnett goes back to the circuit on the occasion of this tour, and following the wish of Pasini. 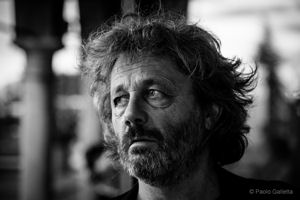 (Ostensible) front man of a potentially sparkling rhythm section, Pasini had the great merit to conceive and then implement this tribute to the music of Art Pepper. He puts all of his heart into his alto saxophone and anybody who sees him playing knows that in that very moment, all that he listens to is real as well as enchanting. Gifted with a contagious swing as well as a balladeer of clear inspiration, Pasini attended Pepper’s last concerts in Italy, in Pescara and Bologna, with his great friend and promoter Alberto Alberti. There, he enjoyed a pulsating music that accompanied him till here, while in the meantime he would gain the approval of many musicians who gave a lot to jazz, namely Cedar Walton, David Williams, Billy Higgins, Phil Woods, Ray Mantilla, Edy Martinez, Shawnn Monteiro among others, who do nothing but praise him. He only released an official album (but two more are ready), prompted by a passion which fears no confrontation.
MENU
Gestisci Consenso Cookie
Per fornire le migliori esperienze, utilizziamo tecnologie come i cookie per memorizzare e/o accedere alle informazioni del dispositivo. Il consenso a queste tecnologie ci permetterà di elaborare dati come il comportamento di navigazione o ID unici su questo sito. Non acconsentire o ritirare il consenso può influire negativamente su alcune caratteristiche e funzioni.
Gestisci opzioni Gestisci servizi Gestisci fornitori Per saperne di più su questi scopi
Visualizza le preferenze
{title} {title} {title}